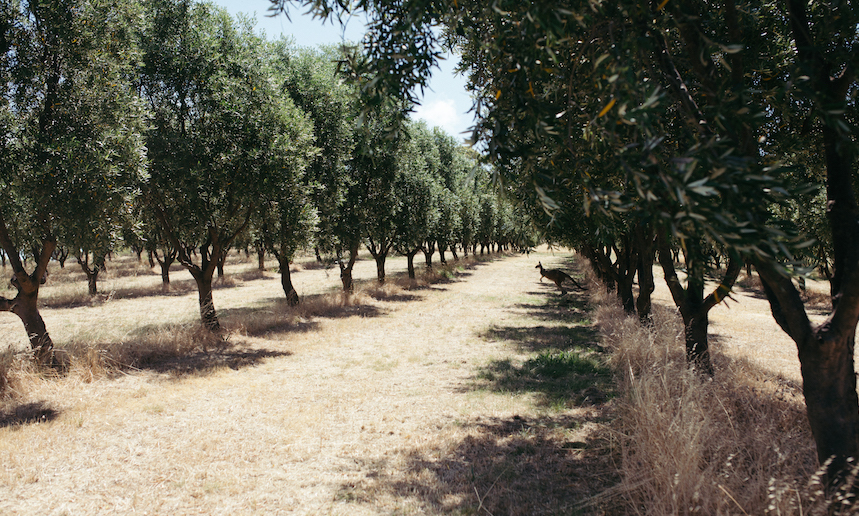 For the average consumer, buying Extra Virgin Olive Oil (EVOO) can be a confusing process.

Supermarket shelves are piled with oil from exotic, faraway lands. Packaging varies, labels differ, and what’s in the bottle is often a mystery. A common misconception is that international is better, when in fact, the best bang for you buck and body is actually the oil produced close to where you live.

“Fresh is best,” says third-generation oil producer Domenic Scarfo. “It goes without saying. No matter what you buy – whether it’s olive oil, tomatoes, lettuce, bread, anything… the closer it is to your home, the fresher.”

Diana Olive Oil’s general manager knows his stuff. His grandfather started the award-winning Willunga-based company in 1989. Back then, a traditional basket press used to process olives grown on the family estate. The facilities are modernised but the devotion to producing quality olive oil is the same. In 2015 they won Processor of the Year in the 2015 South Australian Olives Awards Competition. Unlike wine, olive oil does not age well. Certified Australian Extra Virgin Olive Oil (EVOO) is always the best option in terms of taste and health benefits.

EVOO is the highest grade of olive oil and because it comprises fresh, natural juice it is much healthier than olive oil. It is a rich source of polyphenols, vitamin E and valuable antioxidants. Minimal processing means it is pure and free of trans fats produced during refining.

According to the Olive Wellness Institute, evidence also backs health benefits such as longevity and prevention of disease and obesity.

A Mediterranean Diet (the way of eating practised by many residents of Southern Europe), is recommended by governments, scientists and health professionals. It focuses on the high consumption of EVOO, legumes, unrefined cereals, fruits and vegetables. It is not only a tasty way to live. The mind reaps benefits, too.

The emphasis on traditions, skill and generational knowledge around growing, harvesting, preparing, cooking and sharing of food is also good for the heart, mind, body and spirit.

“I think people are happy to use Australian Extra Virgin Olive Oil,” Domenic says. “The big thing at the moment is still the price factor. Comparatively to other oils on the market, it is probably the most expensive but it goes without saying that it is the best for you. If we can slowly change that perception and not just use it for taste but also for health benefits as well it’d be awesome.”

It’s not that international olive oil is bad. The good stuff just rarely makes it here.

“The history is that none of the good oils ever made it to Australia,” says Coonalpyn-based olive oil producer Lisa Rowntree.

Lisa is the former CEO of the Australian Olive Association and judges Australian and international competitions, as does her husband Jim. During their travels through Europe, Spain and Greece they tasted some of the best olive oil they’ve encountered.

“All the good oil they produce generally stays there,” she says. “We get the dregs here because we don’t have any decent labelling laws around olive oil here. We’re a dumping ground for the product that is old and can’t be sold. I love imported oils – I love Italian oils and Spanish oils – they’re wonderful and if you can get them in those countries they’re mind-blowingly great. It’s just the stuff we get here in Australia from overseas is mostly really awful.”

It’s not all bad news. It’s just all the more reason to buy local.

“Oil is best fresh,” says Shane Cummins, head judge of the Australian National Olive competition and chairman of judges of the first Australian International EVOO Competition. “The thing that kills olive oil (and any oil for that matter) is heat, light, air and time. Let’s go back to fresh which doesn’t have any of those things.”

Shane believes Australia is punching above its weight in terms of production methods.

“We have a history of doing things clean and green,” he says.

“We have some really good policies and practices in place, right through the horticultural and food industries.” He says.

“The product is surprising us and we’re starting to get confident now. We’re doing as-good-a job, if not a better job.”

Lisa agrees. “I think we’re blessed in Australia,” she says. “There are a lot of really good producers, small and large, dotted right throughout the country. I think it’s really nice when a consumer can go to their local olive oil producer and buy their product. You know it’s fresh – they very rarely carry oil over from season-to-season.”

Lisa and Jim kicked off their Longridge Olives brand 22 years ago. The former diary farmers delved into the world of olives when they wanted to get out of the milk industry. After travelling Israel, which grows olives in similar conditions, they planted a test grove on their property. “We now have 87,000 trees.” They produce authentic 100% Australian EVOO.

May, June and July is harvest time and to keep the good stuff in the bottle, they keep it simple.

“Once olives have been milled, they’re put into tanks, then put into bottles and then allowed to rest for a while to get all the sediment out of the bottle. You don’t do any other process with it. You just crush it, let it settle and bottle it.”

It’s all about taste

Over the years, Lisa and Jim have watched public perception and consumption change.

“In Australia back in the earlier days we were only ever given poor quality olive oil,” Lisa says. “None of us really knew any different and for a number of people my age the idea of dipping bread in oil was ghastly.”

The perception was that oil was fatty and would taste awful.

“That was probably true back in the day. A lot of the older generation were very reluctant to try olive oil on bread because the flavour was awful. What we’ve seen with the olive oil industry in Australia is Australians now have access to this incredibly high quality product, which we’ve never had before. I think that’s been the big turnaround. People now realise it complements food and how those nice, robust oils with high polyphenols are so good for our health.”

As the health benefits of EVOO are documented, consumers are gradually becoming savvy. It is a long, slow process.

Look for the symbol

Labelling can be misleading. The Australian Standard for Olive Oils and Olive Pomace Oils is cracking down on the use of words on labels such as pure, light, extra lite, and lite. In reality, light does not mean healthy or low calorie.

“[It’s] one of the biggest things as an industry that we’ve been trying to solve,” Lisa says. “It was a marketing term to basically hide low-grade, refined olive oil. Light meant it was stripped of its colour and stripped of all its flavour. It was heavily refined because it was often an old and rancid product so they had to strip the colour out of it to get rid of the awful flavour. Then, because it was turned into a clearer liquid they called it light. It’s massively misleading.”

Not all EVOOs are made equal. To find out if yours is truly Australian, head to the Australian Extra Virgin Olive Oil list of certified brands.

“If you’re getting it local you’re getting it fresh and you’re supporting the farmers around you,” Lisa says. “Not everyone has access to a farmer who grows olives so when you’re at the supermarket and choose a certified Australian one.”

“Certified Australian growers have a triangle sticker on their product. That is their guarantee to a consumer that what they’re getting is the real deal. It has a best before date and a harvest date on it – so you can see when it was produced and how long you’ve got to go.”

If you can’t get to a boutique grower, Lisa recommends purchasing the likes of Cobram Estate and Red Island at larger supermarket chains.

The public is in good hands. The Australian Olive Oil Association is on a mission to educate consumers. Competitions such as The Australian National EVOO and Table Olive Competition (judged in Adelaide from 4 to 6 October 2018) help raise the bar and shine a spotlight on the brands doing great things.

Try it for yourself

“Once you taste a really good oil it’s a lifelong addiction,” Shane says.

Lisa agrees. Once you’re aware of what rancid oil tastes like, you’ll spot it instantly. “Food is so nice when it’s served with a good oil. We have it on our toast – everything. There’s nothing we don’t do with olive oil. We are total olive snobs but when you get good oil and you see how it enhances your food, it’s exciting.”

When you’ve stocked your pantry with good (local) EVOO, consume it as fast as you can.

“Once you open it, store it in a cool, dark place,” Domenic says. “As soon as you open the bottle, try to use it as quick as possible. If you know you don’t go through that much, buy a 250ml bottle. If you go through a fair bit then go for a larger package. The faster you can use it the better.”