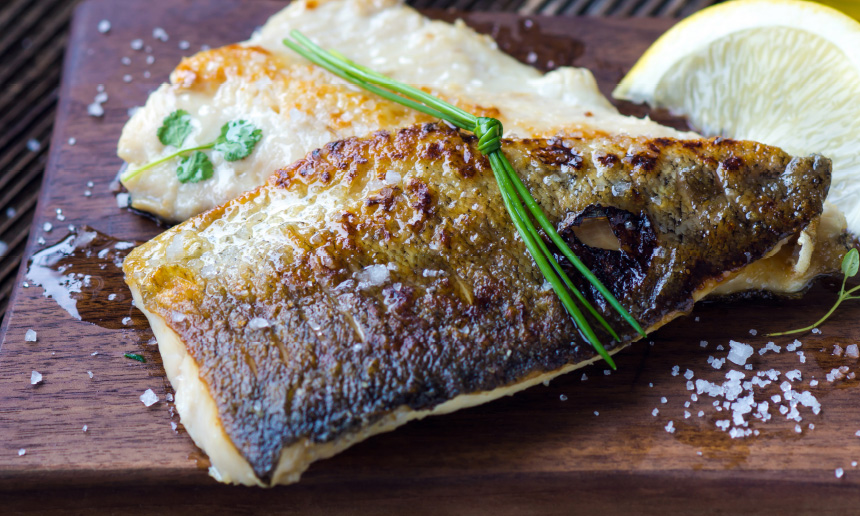 In fact, it’s consumed at a higher rate here than in any other country outside the Mediterranean region.

But many myths stand in the way of Australians enjoying the benefits of the good oil.

While readily embraced when drizzled on salads and accompanying artisan breads and fine wine, some common misconceptions about this liquid gold still seep into consumers’ minds – particularly when it comes to cooking with olive oil.

But the truth is, cooking with Extra Virgin Olive Oil (EVOO) is not only perfectly healthy – it’s the best oil you can fry with!

Stable for your table

While a common myth among online health crusaders is that heating EVOO produces “harmful compounds”, due to it having a low “smoke point”, this couldn’t be further from the truth!

The term “oxidative stability” is related to how resistant an oil is to reacting with oxygen and it’s the best predictor of how an oil behaves during cooking, as it’s a more reliable test and less prone to human error and variation than testing smoke point.

It’s true that when an oils is exposed to continuous heat and oxygen, it can break down and potentially produce harmful compounds – but when it comes to stability EVOO is one of the best around!

In fact, high quality Australian EVOO can be heated up to 215°C and will last more than a day heated to 110°C with constant exposure to air before it starts to breaks down. This is nearly four times higher than the oxidative stability of other oils such as canola or rice bran that will only last up to seven hours.

EVOO high stability under heat in comparison with other oils is mainly due to two reasons:

So while you might not feel stable all the time, trust us, your EVOO is.

While some misinformed press have indicated that the nutritious part of the olive oil is compromised in shallow frying, nothing could be further from the truth when it comes to Extra Virgin.

Australian chef, food and wine writer, and television presenter, Peter Howard, has spent over 30 years cooking for Australians with fresh local ingredients and agrees that EVOO is the only way to go when it comes to frying.

“Due to its composition and high concentration of antioxidants, olive oil is in fact the best oil for pan frying,” he said.

And he’s not the only one – our Nutritionist and Dietitian Jacqui Plozza says that unless EVOO has been chemically treated it’s physically impossible to change its fat structure, due to its natural origins.

“We all know that saturated fat, and particularly trans fats, are unhealthy fats that increase risk of chronic disease,” Jacqui said.

“But trans fats are uncommon in nature and can only really be produced artificially in larger amounts during food production due to commercial manufacturing processes – such as super heating and refining oils in a processing plant.”

“It is impossible to change the fat structure of EVOO in a domestic or commercial kitchen because unlike refined oils, EVOO is naturally produced.”

This means that when it comes to cooking and frying with Australian EVOO you are literally greasing your pan with good health!

Despite fears that EVOO leads to weight gain, this natural, freshly squeezed juice is low in saturated fat and filled with antioxidants and monounsaturated (good) fats – so when enjoyed with a healthy diet and exercise you’d be hard pressed to gain weight when indulging in EVOO.

Nutritionist Joanna McMillian agrees, saying that the best way forward for good health and weight control is to have your fat, and eat it too.

“Eating healthy fats, such as those found in extra virgin olive oil and nuts, can help you to control your weight and reduce fat being deposited around your waist over the years,” she writes.

“Furthermore, healthy fat diets are shown to be better than reduced fat diets in terms of effects on cardiovascular disease risk. A win-win for healthy fat!”

Also, while it’s recommended that you have at least 30mls of certified Australian EVOO a day for optimal health benefits, you don’t need to use as much oil when you fry with EVOO (as you would with, say, canola) because when it’s heated it actually increases in volume. So you can fry away, in less oil, for less dosh.

EVOO also helps your body to absorb more key nutrients from vegetables, so you get even more out of your stir-frys.

So you love olive oil, and use it liberally, but even the most refined olive oil palettes may not be able to detect an imposter.

The European Union found olive oil is one of the most likely products to be exploited to fool consumers, often substituted with lower quality ingredients, incorrectly packaged or labelled.

In testing imported brands, the Australian Olive Oil Association said more than three quarters of slick-looking suitors that arrive on our shores, and tempt us on our shelves, end up failing strict Aussie standards. In fact, many of them have been chemically treated to remove odours and flavours.

This was supported by Choice research in 2010, which discovered that 80% of foreign oils claimed to be Extra Virgin when they were anything but!

This means that frying with imported oils could be adding chemically refined, low-quality and often rotten ingredients to your food and ultimately, your body.

The best way to go is to look for the triangle certification symbol and buy local – and with 95 per cent of oil produced from Australian trees being Extra Virgin, connoisseurs can be assured of a quality match.

Ideal growing conditions and sophisticated farming means EVOO grown in Australia need no chemical treatment, so you can be assured that your food is clean, healthy and delicious.

So when it comes to cooking with olive oil, there’s no need to fear frying – just go local, go certified Extra Virgin and go fresh!

To make sure your Australian EVOO is certified, check the bottle for the triangle certification symbol.